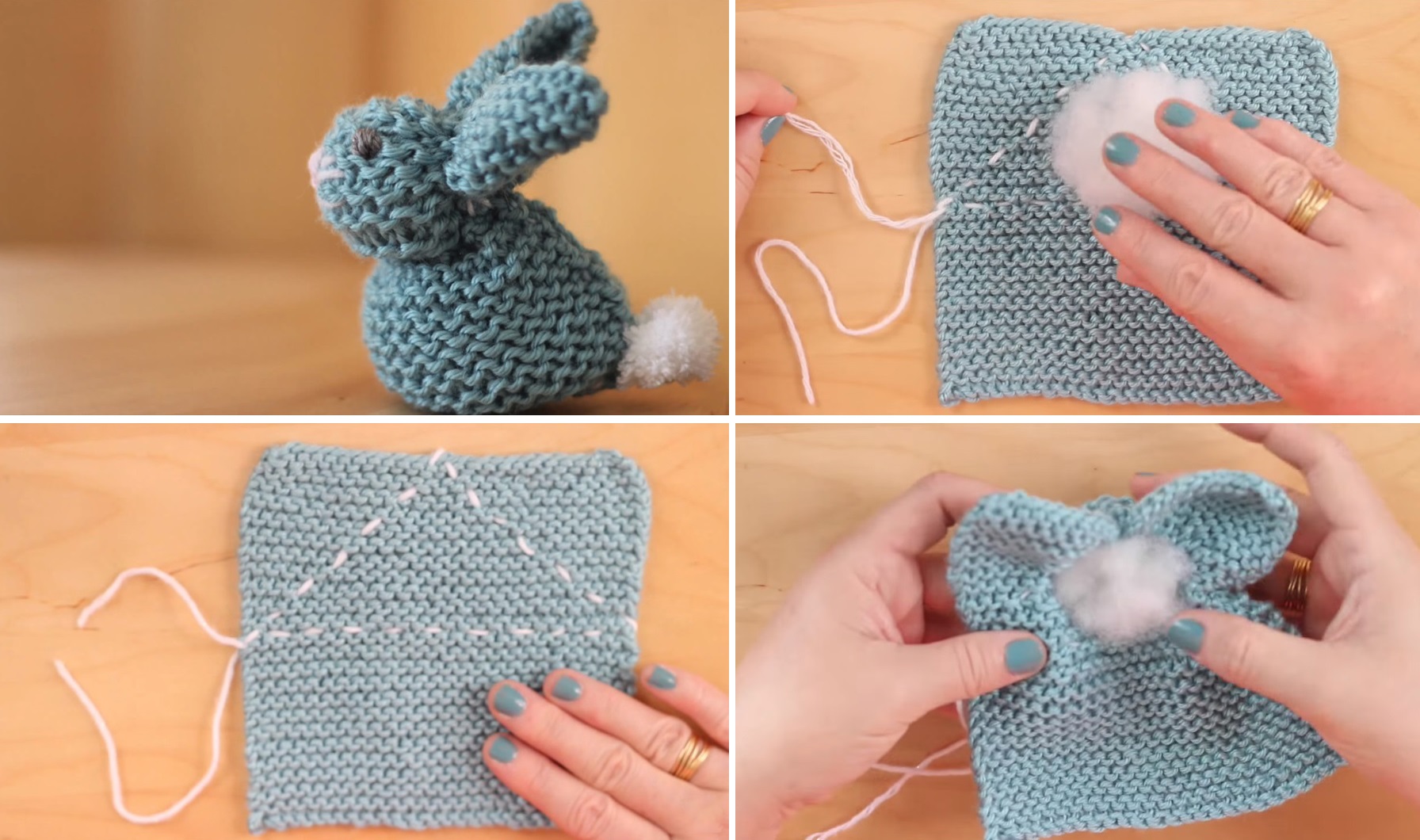 Super Easy Bunny from a Square – Crochet or Knit

Let’s learn how to make the simplest bunny. Crochet and knitting – both are fine with this project.
Some of you who have visited my blog may have already seen a post where I share a great bunny tutorial which I found free on Ravelry. That tutorial was a beautiful one and probably any crafts person would love to make one for an Easter, however there was a bit of a turn off for some readers because of the difficulty of that pattern.
Since then I have tried to find a pattern for an Easter bunny that was as creative and as beautiful as previous one, but a lot simpler.
After a while I came across a video tutorial that is absolutely fascinating when you realize just how easy it is to make a bunny from a square. So for those who had difficulty debugging the pattern of bunny shared previously, you may joyfully make this bunny design which was created by Studio Knit. I believe that you are going to make more than one example, because it is honestly fairly easy to make and while being such an affordable project it remains simply beautiful.

This website uses cookies to improve your experience while you navigate through the website. Out of these, the cookies that are categorized as necessary are stored on your browser as they are essential for the working of basic functionalities of the website. We also use third-party cookies that help us analyze and understand how you use this website. These cookies will be stored in your browser only with your consent. You also have the option to opt-out of these cookies. But opting out of some of these cookies may affect your browsing experience.
Necessary Always Enabled
Necessary cookies are absolutely essential for the website to function properly. This category only includes cookies that ensures basic functionalities and security features of the website. These cookies do not store any personal information.
Non-necessary
Any cookies that may not be particularly necessary for the website to function and is used specifically to collect user personal data via analytics, ads, other embedded contents are termed as non-necessary cookies. It is mandatory to procure user consent prior to running these cookies on your website.
SAVE & ACCEPT